With the popularity of smartphones today, more and more people have been switching from traditional SMS and phone calls to messaging and voice calls powered by the Internet, or what we call the VoIP (Voice-over Internet Protocol) technology. Due to this trend, messaging and voice call applications have swarmed the market. There are now hundreds of different applications for every mobile platform that it sometimes becomes a challenge for users to filter and choose the best ones to install in their devices. To lessen the burden of having to sift through the countless of options, here are the top favourites of most smartphone users. 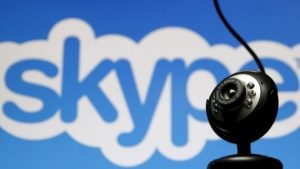 Available for Blackberry, Windows, Android, and iOS mobile, Skype was a pioneer in the early days of voice-over IP. It has done wonders in making the technology widely popular today. Because it is among the first voice-over IP application and many said great reviews about it, there’s no wonder Skype is one of the most in-demand choices for VoIP technology, with over 30 million users—and counting—worldwide. Boasting an array of interesting features, this application allows for video and voice calls, text messaging, file sharing, and call conferences.

The next favourite app by VoIP Singapore users is Viber, which is available on most mobile platforms including Series 40, Bada, and Symbian. Also, just recently, Viber released its desktop version to allow those who do not have access to smartphones to use the app.

Registration for a mobile account only requires a mobile number and SMS verification code. Unlike a trusted cloud voip in Singapore, the application automatically syncs with your phone’s contacts and lists everyone that has Viber account. However, compared to Skype, Viber doesn’t have any means of calling landlines. On the contrary, Viber has a leg up on Skype for its ability to run discreetly in the background without the need to sign in.

This is a popular voice-over IP app for Android and iOS mobile. Fring integrates more closely with the phone’s operating system compared with most applications, performing functions such as importing contacts and registering users with their phone numbers rather than asking them to set a username and password.

Kakaotalk is another interesting place where you and your Android, iPhone, Blackberry, Bada, and Windows-user friends can chat and call each other for free. In terms of messaging and voice calls, this app works in the same way as Viber. However, that doesn’t mean that they are identical. The major difference comes in the registration phase. Although Kakaotalk registers a user in the same way—through mobile number and SMS verification, there’s an additional step of creating a username and password.

Moreover, unlike Viber, Kakaotalk lets you customize your profile with its myriad of customization choices, from changing the background image of every chatroom to changing the fonts of your profile. You may even purchase themes and emoticons from the built-in app store for more creative and fun chatting with friends. Overall, Kakaotalk has impressively rich features. No wonder why it is among the top favourite apps of VoIP Singapore users.

Other than the mobile method, there are a couple more ways in which you can make the most of your VoIP. Smartphone voice-over IP is the most commonly used because of so many different voice-over IP apps that are almost instantly ready and very easy to use. We know there’s an ocean of choices out there, but we’re pretty confident that the four we mentioned above can already offer you the best of VoIP Singapore.